Rabbi Adam Starr has been the rabbi and spiritual leader of the Young Israel of Toco Hills in Atlanta since 2008. Under Rabbi Starr's leadership the membership has grown to 210 member units and has built a brand new state of the art synagogue building that is the the first Orthodox synagogue in the world built from ground up according to environmentally sustainable standards.

Rabbi Starr grew up in Silver Spring, Maryland, and studied at Yeshivat Shalavim in Israel for two years prior to University. He received his BA from Yeshiva College and has rabbinical ordination from the Rabbi Isaac Elchanan Rabbinical Seminary at Yeshiva University. Before coming to Atlanta, Rabbi Starr served as the Associate Rabbi at the Hebrew Institute of Riverdale for 8 years. 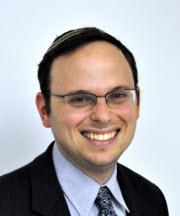