Rabbi Mark Zimmerman has served as the rabbi at Congregation Beth Shalom in Dunwoody for 27 years. He received his BA in sociology from the University of Florida, and received his Rabbinical Ordination and MA degree at the Jewish Theological Seminary in New York City. He also pursued studies in Jerusalem at the Hebrew University at Mt Scopus and at Neve Schechter, the Seminary’s campus in Israel.

Rabbi Zimmerman is a past president of the Rabbinical Assembly - Southeast Region. He also served as President of the Atlanta Rabbinical Association, and carried board positions for the Atlanta Jewish Federation, Weber High School, Epstein School and other organizations in the Atlanta Jewish community, including the Medical Ethics Committee of the Weinstein Hospice. He is currently on AIPAC National Council, and a volunteer chaplain for the City of Atlanta and City of Alpharetta Police Departments.

As a 12th generation rabbi, Zimmerman has distinguished himself in many aspects of rabbinic service, including the development of two Jewish learning websites www.sidduraudio.com and www.Haftorahaudio.com to make services and knowledge of Jewish ritual more accessible. Rabbi Zimmerman is also the publisher of The American Rabbi a web journal for rabbis across the denominational spectrum. He also plays keyboards and sings in the band “Paz”, bringing modern Israeli music to audiences around the southeast.

Rabbi Zimmerman is married to Linda, and they have three children; Miryam, Ilana and Avi, and four grandchildren.. 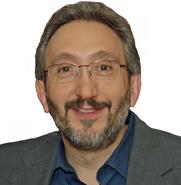