Peter Berg became the fifth senior rabbi of The Temple since 1895 in July of 2008. He is thrilled to serve this diverse and multi-generational congregation as a spiritual leader. Rabbi Berg is passionate about Jewish learning and meaningful worship, and he is an advocate for social change.

Prior to coming to The Temple, he served as rabbi of Temple Beth Or in Washington Township, New Jersey and as the Associate Rabbi of Temple Emanu-El in Dallas, Texas. Additionally, he served Congregation Kol Ami in White Plains, New York as a rabbinic intern and at Beth El Hebrew Congregation in Alexandria, Virginia, as its Youth Director.

Over the years, Rabbi Berg has spent a great deal of time working with advocacy groups on issues such as separation of church and state, the death penalty, civil rights, religious freedom, welfare reform, gun safety,  hate crimes, and the environment. He has served on numerous communal and advisory boards, including:  The American Jewish Congress, the Drug Enforcement Agency, the Mental Health Association, Dallas for Children, the Westwood Area Clergy Association, The New York Service for the Handicapped, the American Israel Public Affairs Committee (AIPAC), The Faith Alliance of Metro Atlanta (FAMA), The American Jewish Committee, and The Jewish Family and Career Services (JFCS) He served as  national  Program Chair for the Central Conference of American Rabbis (CCAR) also served on the editorial committee for the new CCAR High Holy Day prayer book, Mishkan haNefesh.

Rabbi Berg currently serves on the Board of the Hebrew Union College-Jewish Institute of Religion, the Anti-Defamation League, The Jewish Federation of Greater Atlanta, Georgia Early Education Alliance for Ready Students (GEEARS), and OUTCRY:  Faith Voices Against Gun Violence. He is Vice-President of the Atlanta Rabbinical Association.

A native of Ocean Township, New Jersey, Rabbi Berg holds a degree in Education and Human Development, with a focus in human services, counseling, and Judaic Studies, from The George Washington University in Washington, D.C. He earned his M.A. in Hebrew Literature and his rabbinic ordination from Hebrew Union College- Jewish Institute of Religion in New York and Jerusalem, where he was a Steinhardt Fellow. Rabbi Berg also holds a certificate in Chemical Dependency and Spiritual Counseling and is a trained Disaster, Fire, and Police Chaplain.  He serves as a Chaplain for The Georgia State Patrol.

In 2009, Rabbi Berg was inducted into the College of Preachers at Morehouse College.  Rabbi Berg was a member of the 2012 Leadership Atlanta class and is an active member of the Downtown Atlanta Rotary Club.  He was recently appointed to the Georgia Holocaust Commission by the Governor.

Rabbi Berg lives in Atlanta with his wife Karen, a teacher and tutor, and their three children. 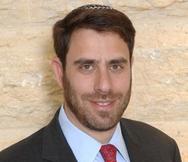