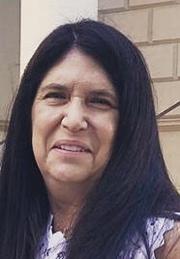 Vicki S Benjamin, an Atlanta native, graduated with honors from Emory University with a Bachelor’s Degree in Accounting. A former certified public accountant, Vici practiced tax accounting with Williams Benator & Libby, CPA’s for more than a decade, prior to assuming responsibilities for managing the financial affairs of her family’s office.

Vicki has served on the Board of Trustees of the Jewish Federation of Greater Atlanta, the Anti-Defamation League, along with The Epstein Solomon Schechter School of Atlanta, where she also served as the School’s Treasurer for more than six years. Vicki is a past recipient of Jewish Federation of Greater Atlanta’s “People Power” Award for her contributions in establishing and chairing the Epstein’s School Chesed Committee for many years. Vicki has been active in a wide variety of local community organizations focused on Jewish Philanthropy, Education, Pet Rescue, and Child Safety Advocacy.

Vicki, along with her husband of 35 years, Gerry, are the proud parents of a 25 year old daughter (Elyse), a recent Emory Nursing School graduate, and a 23 year old son (Erik), a Syracuse University Newhouse School of Communications Film, Radio and Television graduate. Vicki enjoys traveling, reading, spending time with family, and taking daily walks with her 2 year old golden-doodle, Sayde.

WHY JFF?
The reason I wanted to work with JFF is that I went through 5 long years of infertility when trying to get pregnant with my daughter.  At the time, I felt no one else had the problems I was having and I felt all alone in the world. I don't want anyone else to go through what I did on their own and was relieved the see that JFF existed to support individuals and couples going through what I did both financially and emotionally.